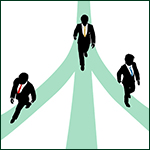 Recommendations for family businesses in the second and third generation

In order to be able to look back on a successful entrepreneurial life, one should not only have built a strong and valuable company but should also have created the basis for sustainable further development by means of a viable succession plan – great work outlives its creator. More than three quarters of companies in Europe are family owned. But only about a quarter of them manage to pass the business onto the third generation. This can be due to a lack of children or grandchildren, or nieces and nephews, who have the appropriate age, and who are “ready, willing and able”, in terms of education, experience and personality, to run the business. Sometimes, attitude is the problem: do the potential successors see themselves as destined to “serve” the company, its owners, its employees and the community in which it is located? Or do they feel entitled to rule due to a birth right?

In the founding stages of a company, the owner and manager are typically the same person. When the business is passed onto the next generation, this usually changes. In the second generation, you often find shareholders who do not work in the company, and equally family members who work in the company but who are not (yet) shareholders. But even if all owners are active in management, and all managers hold shares in the company, they do not simply work on their own account – they primarily work for others, they “serve” and are accountable to the other shareholders. A lot of tensions can arise from this situation, which can ultimately destroy a company if they are not adequately managed. Approximately 70% of successful entrepreneurial families lose control of the business, and suffer serious emotional damage, between the first and third generation. In 60% of the cases, these problems can be traced back to interpersonal conflicts (dysfunction in trust and communication).

The most important “neuralgic points” are:

The key to solving all these issues is to neatly separate the roles of owner and management. The goal must be to have both roles exercised in a professional and effective manner so as to secure and grow the business, and to maintain harmony in the family owning the business. This, however, typically requires a paradigm shift. Especially the second generation – born into a family of entrepreneurs, in which typically the owner, or often the owning couple, has run the business the way he or she liked – has to understand that “the game” is different in subsequent generations. Those who are active in the company’s management have to realize that they primarily serve the company and its owners in their entirety. In other words, they must act transparently, have to answer to critical questions and be accountable. This does not work with a mind-set rooted in a feeling of entitlement. And for the shareholders, whether or not they are involved in the management of the company, this means that they have to develop the courage and the competence to monitor the brother, uncle, cousin, nephew (or sister, aunt, etc.) and demand transparency and accountability. This is not only about exercising one’s rights as a co-owner, but also about the obligation towards the family fortune – and towards the family members who take on an often difficult and burdensome task and responsibility, and who have the right (and typically also the need) to receive feedback and to develop themselves further.

This task of the professional owner is not an easy one, but it is inescapable. And from a certain company size on, this task cannot be adequately accomplished without the help of competent third parties, typically in the form of a supervisory or advisory body. In the case of a public corporation, this role is typically performed by the Board, although it is sometimes complemented by a Shareholder Council or Family Council. However, in many family enterprises, this role falls to the Advisory Board.

Such a body can be the key to exercising the owner’s role in a competent manner, and thus to the neat separation of the roles of owner and manager – if its members are well chosen, and have the right mandate and the right attitude. The mandate can either consist of the delegation of certain shareholder rights – the competence to make fundamental decisions – or at least the obligation that the (advisory) board has to be consulted on important issues. The composition of this body is essential: the owning family with their values and strategic objectives should be adequately represented, but there should also be external directors with entrepreneurial expertise, relevant industry knowledge and experience in the management of companies, as well as a sufficient distance from the persons directly involved. The attitude is of great importance as well: apart from strict objectivity and impartiality, coupled with complete intellectual and material independence, advisors must also have the courage to ask uncomfortable questions and to express unpleasant truths in order to be effective sparring partners. They also have to be perseverant enough not to be satisfied with evasive answers or mediocrity. The Chairman of the Board naturally has a crucial role, giving guidance, “leading the leaders” in the interests of the owners, and acting as a bridge between owners and management, sometimes also among shareholders and among members of management.

It is not easy to bring about the paradigm shift mentioned above and to build a solid structure for the competent exercise of the owner’s role. Often this is not possible without competent and trustworthy external support. But the effort is worthwhile, since it is the key to preserving an entrepreneur’s legacy.