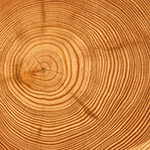 Only the bold will survive

Why age diversity is an issue Boards should consider

For some time diversity has commonly been identified with the gender balance on company Boards. Over the past 20 years, there has been a concerted effort by companies to bring more women onto the Board and the positive effects of this trend are well documented. However, this is not the only facet of diversity. A truly balanced Board will more accurately reflect the wider population of the outside world, not only in terms of gender, but also in terms of age, ethnic background, national origin, and regional variation. Companies are more aware of gender diversity today and there is still work to be done in this regard. Age diversity could be the next hot topic, considering that Boards actually are quite “old”, and “ageing”: the median age on Boards of S&P 500 companies grew from 61 in 2005 to 63 in 2015.

The increasing focus on corporate governance in recent years has been accompanied by increasing criticism of the age-old practice of “male, domestic, old” (“zu männlich, zu deutsch, zu alt” as the Sueddeutsche Zeitung describes it). The rules have changed and forward-thinking companies are taking the lead in bringing on board a more diverse population of Board members in the hope that this will change the way that the company thinks about current issues.

What are companies doing? Why does age diversity matter? Some large US companies have been quite bold in their approach. The US retailer Macy’s appointed a 45 year-old EVP from Starbucks to their board in 2014. Annie Young-Scrivner had a successful track record in her prior general management roles with PepsiCo and Starbucks when she joined the Board of Macy’s. Nevertheless, the appointment of someone with no prior CEO or Board experience elsewhere represents a significant departure for such a large, high-profile business. The success of this appointment is indicated by the fact that Macy’s went on to appoint 42 year-old Leslie Hale, executive vice president, chief financial officer and treasurer of RLJ Lodging Trust, to the Board in 2015. Starbucks appointed Clara Shih with 29 in 2011. Closer to home we have the example of Dr Christina Reuter appointed to the Supervisory Board of Kion Group AG in 2016, at age 30. Younger, talented executives with no prior Board experience are starting to make their mark.

What could be behind these moves? There could be many reasons.

Firstly, as with any other Board appointment, it is clear that any external candidate will need to bring the requisite skills, insight and capability that any appointment at this level demands. It is not enough to be younger than the average age of existing Board members, the candidate has to be exceptional as well.

The move towards a more diverse Board profile can give the company advantages in many areas. Shareholders may be interested in the novelty factor for a while, but it is the overall financial performance of the business that matters most in the long term. It is quite likely that a younger, more diverse profile brings the company greater insight into consumer behaviour. And it will it help the other Board members to better appreciate the impact of technology and social media on their future business. It is also bound to lead company Boards to demanding a greater degree of innovation, a greater pace of change. Externally companies are facing an ever-changing and fast-moving world in which the old certainties are being challenged by new, agile competitors and new realities. It is not enough simply to react to these factors; companies need to be pro-active in anticipating and preparing for a different world. Only the bold will survive.

What are the obstacles to greater age diversity on Boards? What is there to stop this happening? Age diversity in the Boardroom is not going to be a matter of legislation in the short term. There will be some companies who see this as an urgent priority, others who are not so concerned. In practice it will depend on the will of the Board as a whole. If current Board members are concerned for fear of “rocking the boat”, then change is less likely to come about. Will younger Board members be able to balance the requirements of external Board membership with the demands of their current executive role? Will they be taken sufficiently seriously by their Board colleagues? The experience of Macy’s and other Boards suggests that these issues can be overcome. The more challenging question is where these people can be found.

Unless they have worked with someone before in a prior role, no one knows how a new colleague or Board member is likely to perform. Especially if the potential Board member has no prior experience of acting in this capacity. The requirement, therefore, must be clearly understood beforehand. The Board may also need to consider the topic of governance more broadly in order to evaluate this possibility. At a minimum, this is something that current Board members will need to think about and discuss.

What is it that we should be doing today that will position us for success in the future? How important in the question of age diversity for us today? In our view, age diversity is not a “nice to have”, it is a matter of sustainability, even survival – and it is much more fun!

How Board diversity drives company performance

No pain, no gain!
Scroll to top