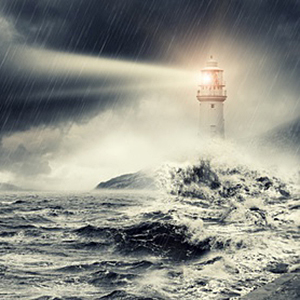 Opportunities and risks of volatile markets for company leaders

Everything about the way we live and work is changing faster than ever before. Technological innovation has caused a digital revolution and markets are increasingly flooded with new products in ever-shorter innovation cycles. Trends such as globalisation and urbanisation are being driven by these developments, and a global shift in economic power is taking place. Changes in the political landscape have significant impact on economic rules of play as well: Great Britain’s vote to leave the European Union and the election of Donald Trump as US President are examples of surprising political changes that have a major impact on the market. Against the background of the rise of populism and extremist parties, international relations might be fundamentally altered once again by the forthcoming elections in Germany and elsewhere.

While individuals may quickly adapt their consumer habits and lifestyles to such changes, it is much more difficult for companies to rapidly reorient their businesses and react to disruptive technologies within a short period of time.

The arising uncertainty can be aptly described by the acronym VUCA: “Volatilty, Uncertainty, Complexity, Ambiguity”. Companies facing major challenges are forced to rethink their well-tried winning formula and come up with new, innovative concepts. The speed and complexity of the market dynamics as well as the unprecedented political landscape are especially challenging for (family) companies, whose long traditions and sometimes rigid structures often slow down adaption processes – in contrast to small, technology-driven start-ups.

Besides possible risks and dangers, disruptive changes also offer major opportunities for businesses. True to the motto “a magic dwells in each beginning”, innovative technologies offer completely new possibilities to transform and expand businesses. Growing networks across continents and industries open up new markets and unprecedented growth opportunities. Companies using these opportunities are able to generate a competitive advantage and improve their market position. This of course does not happen by itself. It depends very much on the company owners and leaders, who have to set the right parameters by adjusting the company’s strategy and business model – and by sending clear signals to the organisation.

However, rapid change does not only affect the organisation as a whole, but also its executives on an individual level. Since these changes are often not only unexpected, but also unpredictable, it has become extremely difficult for company leaders to prepare themselves and take the right decisions. Proven answers and decision-making schemes no longer work as disruptions are not sufficiently understood and are often too complex. At the same time, decisions usually have to be taken under great time pressure and the obligation to quickly react. The emerging high level of uncertainty complicates the managers’ daily work, leading to a subjective feeling of insecurity, pressure and fear of losing control. Many CEOs and senior executives may be forgiven for feeling that in today’s economy, they are all ‘new on the job’ – even if they have decades of experience under their belt.

In consequence, many senior executives feel powerless. They are paralysed, become risk averse, invest insufficiently, and instead prefer to hoard cash. Others exhibit ill thought-through, adventurous behaviour due to a lack of understanding and clarity, which significantly increases the risk of serious mistakes and failure. Entrepreneurs often have to focus on “fire-fighting” in order to combat acute problems, rather than laying the foundation for long-term development and success. In difficult times, company leaders often have to withstand a closer scrutiny by the supervisory board, the owner, the customers or even regulatory authorities. External pressure with regard to deadlines, resources and expectations consequently leads to increased tension within the organisation. Growing speed and complexity also increases stress for the individual: a lack of sleep and constant pressure to remain focused make the work of a senior executive harder than ever before. How this stress level is dealt with individually can also influence the impact of turbulent times on the company.

Effective management in uncertain times requires exceptional company leaders, characterised by great flexibility, versatility, anticipation and proximity to the market. The status quo needs to be challenged, strategies adapted and optimisations implemented. This also includes a calculated risk tolerance: by taking important decisions and implementing them with the right management, true change that sustainably shapes a company can be initiated. Furthermore, demanding times can make executives experience a high learning curve and their newly acquired (and hard won) knowledge can be capitalised on in the future. In addition, volatile scenarios allow new, creative decisions and solutions. Leaders can individually benefit from finding out how good they really are and how they perceive the company, its strategy and their own role in difficult times.

To leverage the positive and minimise the negative impacts of disruptive change, the executive of tomorrow has to understand how a complex, economically and politically changing world is affecting business models, organisations, and the individual. They not only have to be able to deal with uncertainty, but moreover to exploit the opportunities that are also thrown up. In times of uncertainty, entrepreneurs need to reconsider how they are hiring, retaining and developing top leadership positions. Different ideas and best practice advice on how to do so are described by my colleagues Carolyn Lutz and Nick Harris in the article “Adapting to adversity”.