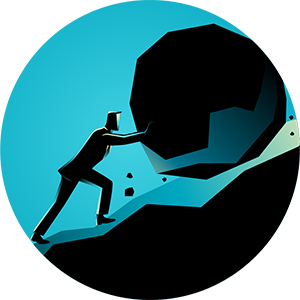 In our first article we focused on the massive challenges that FBs are facing – and how this unprecedented crisis is impacting these privately-held businesses. Uncertainty and unpredictability regarding the short-term and mid-term future, great concern for their employees and, of course, often huge declines in turnover and profits with the necessity for effective cash management were mentioned most frequently. However, overall, and while respondents are deeply conscious of their burdens and responsibilities, we have noted a greater sense of optimism than we expected. We were pleasantly surprised by the feelings of determination and confidence voiced by many interviewees.

When Family Businesses (“FBs”) were first hit by Covid19, most of them were quick to react and entered into “crisis management mode”. Several of our interviewees with operations in the Asia-Pacific region stated that they had closely monitored the situation in China and learned some early lessons from there, e.g. in terms of putting safety protocols in place and changing shift patterns. Below, we summarise a few of the critical adaptions that FBs have now put into place.

Strikingly, every single owner and CEO that we spoke with cited increased communication with their workforce as one of their most important reactions. Both the timeliness and tone of the messaging is important: “You need to provide factual clarity about what is being done – combined with a lot of human empathy!”; “We have been open and honest with all the employees, stayed close, sent regular updates.”; “The constant message has been that we are all in this together.”.

For some owners, the need to communicate more has taken them out of their comfort zone (one talked of people coming to him for personal advice, pushing him into a “paternalistic” role that he has never aspired to) or necessitated a break from tradition (“The family was historically very shy, they liked to maintain a low profile.”).

Almost all of the CEOs stated that they had made a particular point of increasing the frequency of their one-on-one communication with the business owner. In some cases, contact has gone from weekly/monthly to daily updates (often meaning 24/7 availability and responsiveness – “at nights, weekends, over Easter…”). And it is not just the frequency of interactions which has changed. Many CEOs have seen the tenor of their discussions with the owners become more emotionally charged. One CEO, whose elderly company owner has lost close friends to the virus, has noticed that this gentleman has become increasingly reliant on him for reassurance and solace. It has brought them closer together, although for the CEO there is also a cost in terms of being an additional drain on his own emotional energy.

All interviewees have tried to leverage their personal networks as well as gather relevant data from public news sources, government announcements and industry bodies. Some have also consulted private firms including strategy consultancies and consumer research agencies. However, despite this, and perhaps because of a situation which is both ambiguous and shifting rapidly, many CEOs and owners still feel under-informed about what other companies are really doing and what constitutes ‘best practice’.

We heard almost no examples of mass sackings and, in contrast to US public companies which have laid off millions of workers in a few weeks (over 30 million new unemployment claimants in the States by the end of April) most family businesses are actively seeking to avoid lay-offs. Often, this aversion to firing people is because of a deep-rooted sense of responsibility to the local communities in which they operate, especially if the company is the major employer and the HQ is in a small-town location; sometimes, it is also due to a fear of reputational damage (“the family does not want a bad press”). Some FB owners want to avoid losing critical talent and are aiming to preserve the employer brand so as to not lose out in the war for talent. FBs have instead chosen to implement a range of more measured actions involving part-time work, furloughs, mandatory holiday taking, hiring freezes, wage cuts for blue collar staff, and salary/bonus cuts for executives. Even so, it should be understood that for many shop-floor workers these measures, while preferable to being sacked, still impose significant economic hardship. And for the CEOs, having to tell their teams has necessitated many “difficult”, “tough”, “passionate” conversations.

In addition to tackling labour costs, companies across the board are slashing discretionary spending and reducing capital expenditure. Some are taking advantage of the crisis to push through restructurings that would have been more difficult in normal times. “Cash is king” and many are managing their liquidity “aggressively”. Companies are also taking advantage of government-backed loans and other state aid programmes, in those countries where they exist. Companies have further acted by creating “crisis committees” and even “pandemic SWAT teams” to pilot the organisations through the storm.

At one Family Business in Germany, the founder and the other four family shareholders including his wife and children wrote personal letters to the management of all group companies assuring them of the family’s “unwavering support” in this time of crisis. An emergency fund was also created to help employees in need. This fund is partially bolstered by bonus payments and dividends foregone by the management, Board and shareholders of the holding company.

Almost every company has been forced to implement some form of virtual or home-office working arrangement for its executives in response to physical distancing regulations, bans on group meetings, border closures and airline fleet groundings. Many managers are still adjusting to this new style of working and will need to learn how to manage now-remote teams. Most leaders are surprised how well this actually works but many are doubtful that VCs can fully replace physical meetings, particularly at ExCom level and in terms of the type of strategic planning and brainstorming that typically used to take place in face-to-face group offsites.

In the teeth of the crisis, many CEOs have, unsurprisingly, had to set aside the strategic concepts they were nurturing and adopt a short-term focus with the emphasis on maintaining core operations and tackling immediate problems. We heard multiple examples of innovation projects that have had to be placed on hold due to an inability to bring in specialists or train workers. On the subject of M&A, most groups have put a hold on acquisitions, either because they need the cash to maintain existing businesses, because they expect valuations to drop, or simply because they prefer to adopt a “wait and see” approach in these volatile times and would like to see how “the new normal” shakes out.

In our next article, we will focus on the opportunities for future development that the crisis may throw up for Family Businesses.