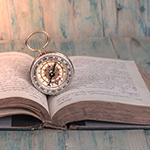 How to achieve the right impact as a company owner

“Dalle stalle alle stelle alle stalle” (from the stables to the stars and back to the stables) is how the Italians paraphrase the phenomenon known all over the world that very few family enterprises last beyond the 3rd generation.

The sustainability of a business enterprise depends on many factors. Perhaps the most important one is the exercise of good ownership practices. This is crucial because many other significant factors, like competent leadership, financial solidity, a viable strategy etc. all depend on the owner(s) exercising their role – which is composed of rights AND duties – in an effective and professional manner.

Founders and sole entrepreneurs are often intuitively conscious of this necessity, although for them, the roles of owner and operator are not – and do not have to be – separated. However, when ownership is shared by a group of partners, or is handed down from entrepreneurs to their successors (typically the following generations of the founder’s family), the necessity arises to separate the roles of operational day-to-day management and ownership. Many co-owners are not aware of this distinction and perceive their involvement in the business as either “in” or “out”. Consequently, they hand excessive influence as well as burdens to those co-owners who actually work in the business, while neglecting the ownership rights – and duties – of those who don’t. This puts a large premium on the role of those who work in the company, and creates significant pressures on members of entrepreneurial families to get actively involved in the operational business as well, even if that does not correspond with these individuals’ vocations and abilities. There is no “entrepreneurial gene” that is biologically inherited. The result can be seen in many family enterprises that are run by moderately capable, or outright mediocre leaders, one of the main reasons why so few companies reach, let alone survive, the third generation. The key to avoiding this is to neatly separate the roles of owner and operator, and to realize that while the role of the operator can be “outsourced” to hired managers, the owner cannot escape from his or her rights and duties (unless the ownership is transferred). This may be counterintuitive to many members of ownership groups, especially entrepreneurial families, but the important and truly essential role is not the managerial one “running” the business but that of the owner who may be “outside” but may never be passive.

It is “the owner”, and that is in many cases a rather heterogeneous group of collective owners, who:

So how can you meet this challenging task? The first step is to create awareness among the owners of the significance and magnitude of this task. Then there should be a thorough discussion and an attempt to reach a common understanding on the fundamental questions mentioned above, an agreement that needs to be sufficiently documented, e.g. in a family “constitution” or “protocol”.

Reaching such an agreement requires an honest discussion and a joint decision on which of these tasks can and should be executed by the owners collectively, with or without some sort of professional assistance; which tasks would better be delegated to individual members of the ownership group; and which tasks can or should be delegated to outside professionals. Once the number of co-owners has reached a certain magnitude (this can start with as few as three co-owners if at least one of them manages the company on a day-to-day basis), it is typically recommendable to create a standing committee that executes a large number of the tasks listed above and leaves only the most fundamental decisions to a plenary assembly of co-owners. This is, of course, the structure that public companies have by law, with a Board of Directors as standing committee and a General Meeting of Shareholders as plenary assembly, and that many larger private companies have adopted for practical reasons because such a two-level professional governance system simply makes sense. There are many variations of this structure, but the general two-level set up can be regarded as a universal standard.

The central element of this governance structure is the Board, which in a private company can also be an Advisory Board and which can be composed entirely of co-owners, entirely of outside directors, or a mixture of both. The key is to have capable, independently minded members, an experienced and empowered Chair Person, and the right set of procedures and practices that make sure that the Board deals with the right set of issues, at the right level of detail, in a timely and reasoned manner.

Good governance is not only important in order to protect the fundamental interest of the owner to preserve and grow the value of the business and guarantee its sustainability. A capable Board, or comparable standing committee that helps exercise the owner’s role in a professional manner, is also a fundamental need from the perspective of the executives entrusted with the day-to-day management of the company. Regardless of whether they are “insiders” or “outsiders”, operational managers need a “functioning owner” in order to obtain timely and reasonable decisions on issues that go beyond the scope of day to day management, e.g. large investments or divestments, mergers or acquisitions, etc. In addition, they also need a “functioning boss”: someone who guides them, challenges them, gives feedback and takes the decisions that affect the executive´s contractual situation, ensuring fair and fact-based treatment.

Capable executives, who can choose between different job opportunities, will pay attention to these structures and will not “invest” their professional capital in companies that do not have an adequate governance in place. In a European study of Family Business conducted together with EY in 2016, AvS – International Trusted Advisors found that external top executives study the corporate governance of FB’s very carefully when deciding whether or not to join. Moreover, their long-term commitment correlates with the degree of professionalism of the governance structure. The more a manager fears that he/she has to depend on the goodwill and stability of a single family shareholder, the higher they perceive the risk. Excellence in governance, with clearly defined rules and ways of behaving, enables FB’s to attract and retain exceptional leaders!

That, by the way, is also the case with younger generation family members who pursue executive or entrepreneurial careers: a recent study among students belonging to entrepreneurial families revealed that less than a quarter of them intends to pursue a career in the family enterprise. The war for talent is getting increasingly tough, and professional governance structures are a must for any company that wants to attract top talent, including from within the “family talent pool”.

And what are the “don’ts”? Insufficient ownership structures can be identified by one or more of the following traits:

Taking to heart these do’s and don’ts can help business owners a long way towards creating value and sustainability.

back Download PDF
Handing over the business to the next generation