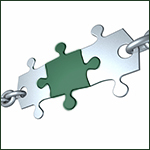 With around 15.5 million employees, family businesses account for around 60% of all jobs subject to social insurance contributions in Germany. They thus form the economic backbone of Germany and are regarded as the export engine of the German economy. Family businesses are often faster, more direct and much more innovative than corporations. But the processes of change to which German family entrepreneurs have been exposed over the last 20 years are enormous – and have completely redesigned many a business model: internationalisation, environmental protection, technological progress and, above all, the further development of the Internet and e-commerce have required adaptation, change and far-reaching decisions. At the same time, many family-run businesses have experienced a generational transition that has in itself severely challenged or even overtaxed some entrepreneurs. While more than two-thirds of large, non-family owned companies can count on the support of a supervisory board for these challenges, more than half of family businesses in Germany do not yet have such a supporting board. If the advisory councils, which were set up exclusively as disaster protection for the untimely loss of the entrepreneur, were also removed, prospects would look even more critical. Even a few very well-known, globally active family businesses with an annual turnover of several hundred million euros cannot boast any advisory board, or at least not a professional board with decision-making powers and competences.

What at first glance seems incomprehensible and almost negligent for larger companies often has quite mundane reasons: a reluctance to have the business examined or even talked about, a fear of ceding independence, a concern about greater administrative effort or wasting of time. The costs associated with setting up an advisory board are also often cited as a reason for not taking action.

A carefully compiled and well networked advisory board can be worth its weight in gold: as companions, sparring partners, intermediaries between shareholders, and facilitators between shareholders and management. There are, of course, many shareholders with operational activities, but also those who are only interested in accompanying the company. Particularly in the case of important personnel, strategy, or investment decisions, different shareholders often have a clear opinion – but are not necessarily always aligned. A well-positioned advisory board, and above all a well-accepted and respected chairman, is able to find a balance of interests in such situations, to moderate or even to keep rather uninformed or even uninterested shareholders at bay.

The advisory board can play an important role in communicating the values, visions and strategic parameters defined by the shareholders to the management. Above all, however, it can also play an important role in the “calibration” of the entrepreneur himself – who otherwise often has to function “alone at the top” and under pressure of responsibility and decision making. A good advisory board controls, supervises and advises the management and the family. As a neutral authority, it also protects the management against excessive financial demands or power claims of the shareholders. His role can also become particularly important in the often emotionally very difficult succession decisions, where so many families ultimately fail – failing both the business and the family.

The large variety of challenges place particularly high demands on the “all-rounder skills” of the chairman of the advisory board in particular. After all, he should not only actively accompany and control, but also assume responsibility for important decisions in a knowledgeable manner. In addition to a considerable time budget, “general management” competence and leadership experience, empathy, steadfastness and inner independence are also required. As an accepted, respected and as objective mediator as possible, the chairman should ideally already have experience with the specific relationship patterns in family businesses. In contrast to anonymous shareholders, emotions and possibly even heavy “emotional backpacks” from the past can often play a role. At the same time, the chairman in particular must have the ability to recognise and protect the interests of the shareholders even in the case of differing opinions within the advisory board.

This is certainly not a job for a dilettante, but a highly demanding task of great responsibility.

Although the personal liability risk resulting from the legal situation and the public discussion on corporate governance and compliance in the supervisory boards of publicly traded companies has so far been incomparably higher, it is still not possible to assess the risk of liability in the case of the company’s own shareholdings. Fortunately, there is also an increasing professionalisation and at least a significantly increased moral liability in family companies and their supervision. This is a good thing, because the times when the owner recruited his advisory board from tennis partners, Rotarian friends and, if need be, the auditor, should be a thing of the past.

There is no general consensus as to whether the chairman of the advisory board should be delegated from the family or better recruited from the market. For example, there are many successful family entrepreneurs who have seamlessly transferred to the function of the chairman of the advisory board after the generation handover – and who have actually let go of their operative responsibility for day-to-day business. Such advisory board chairmen, such as Jürgen Heraeus (Heraeus), Paul Leibinger (Trumpf) or Michael Otto (Otto Group), then have the invaluable advantage of intimate knowledge of the overall business, the strategic challenges of the market, and the mixed situation within the family. On the other hand, there is also a lot to be said for the advantages of filling the Chairman position externally, because not every full-blooded entrepreneur is good at “letting go”. A strong external chairman of the advisory board is also in demand if the family is more shareholder-oriented than entrepreneurial and, for example, has too little business management knowledge. Or exactly the other way ‘round, if the family has already mastered the entire operative management and a strong, neutral outsider is desired to ensure objective ‘calibration’ and corporate control.

The decisive selection criterion for the appointment of the chairman and the board as a whole must be competence. Of course, trust also plays an important role – but competence and trust usually go hand in hand. In its overall composition, the advisory board should cover specific competencies that are important for the respective family business – such as industry knowledge, strategic orientation, balance sheet security, international business expansion, acquisition experience or talent management.

How do you find and win over such advisory board members – and especially chairmen? With the slowly increasing professionalization of the advisory boards, the professionalization of advisory board searches has also increased. It is often simply not enough to ask friends of entrepreneurs from the region or to search one’s own regional network. Especially since it is by no means guaranteed that the successful entrepreneur who is a friend of the entrepreneur will then also provide an excellent advisory board including the necessary time budget. The big advantage of a professional search carried out by an independent consultant is the broad selection and calibration of competencies. Times have changed here as well: today, even well-known candidates for the chairmanship of an advisory board must put up with the fact that not only are they are interviewed, but they are subjected to a professional selection process. The good news is, the chances of winning an all-rounder with high social competence for the family business should increase significantly.

A Blessing or a Curse
Faire défiler vers le haut