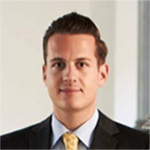 The Challenge of Generational Succession

Entrepreneurial challenges in handing over the baton

This year, as every year, more than 20,000 family businesses in Germany are looking for a CEO-successor. Ideally, the successor should come from their own offspring, although this is not always possible – or in some cases can go impressively wrong. According to estimates by the Institut für Mittelstandsforschung (IfM), on average only 10-15% of companies surveyed survive to the third generation. And these empirical values are not forecast to improve in the face of demographic change. Accordingly, there are numerous family entrepreneurs who are looking to external managers to succeed them due to a lack of their own junior staff – or who even wind up having to sell their company.

Apart from the demographic aspects of the problem, however, serious intra-family conflicts are often the cause of unsuccessful – or even non-existent – company successions. In this context, it would certainly be exaggerated to speak of a general taboo on this subject. But as a rule, Germany prefers to sing the devotional song of praise to family businesses, which are successful in the world markets as small, innovative, cost-conscious and agile players with great advantages such as speed, decisiveness and adaptability. And, of course, it is precisely these advantages and special virtues specific to small and medium-sized enterprises that give rise to major competitive advantages – and often outstanding world market leaders.

Unfortunately, however, it is also true that these advantages can quickly turn into disadvantages if the patriarchs lack their own calibration and self-reflection, and if they cannot let go themselves. In our experience, anyone who thinks that the problems that large family-owned companies like Oetker, Schlecker, Merckle or Oppenheim are faced with every month in a variety of business magazines are exciting, possibly inglorious, but also extreme exceptions is unfortunately mistaken. They are perhaps the tip of the iceberg, but less spectacular problems do proliferate in smaller or less prominent family businesses as well. And certainly, there are also several family feuds that have been spared by the research of journalists (and by luck and chance). Quite a few of these conflicts are directly related to succession issues.

But what exactly are the causes of these problems around company succession? In many cases, the next generation simply has different future plans for themselves or the company than their parents. In other cases, potential successors (apparently or actually) do not have sufficient entrepreneurial qualifications to take over the business. And still far too often the handover is delayed, missed or even revoked as an essential part of the entrepreneur’s performance. In our consulting activities, we have already witnessed tragic human conflicts in family businesses, in which, for example, the senior family member unexpectedly came back at the age of 78, after he had already handed over the company (but not the majority of the shares) eight years before to hundreds of guests with a symbolic key and tears in his eyes to his son, who was no longer so young. In the meantime, he had probably noticed that things could get boring in Tuscany at some point – and that the son would probably not be able to do lead the business without his help and guidance. Not infrequently, strongly emotional power struggles for succession, shares or influence between or within generations and family tribes wear down those involved. This can quickly lead to disagreements between the shareholders, and in the worst case can even lead to the break-up of the company.

What should family entrepreneurs be advised to do? Even if, of course, recommendations always have to take the individual context of the company into account, it can certainly be stated: A successful succession must be planned with sufficient advance notice and comprehensively prepared with all parties involved. Most succession situations arise purely for biological reasons due to age – and are therefore actually predictable. Sometimes, however, fate also strikes, and a succession must be organised at very short notice, e.g. for reasons of illness. Unfortunately, it is precisely these emergency plans that the majority of the affected companies and families do not have in their drawers. And in such cases, is there no advisory board that already bears responsibility or at least is “activated” at short notice?

Successful handovers are often planned eight to ten years or more in advance, because ideally, the senior and successor should run the company together for several more years. Ideally, there is a well-thought-out, structured and objectified decision-making process that leads to a regulated succession solution from the perspective of all stakeholders. Should there be family-internal options for succession, these candidates must be handled very carefully in the development. Education is the foundation, grooming occurs afterwards with work experience. In the case of several candidates from different family / shareholder strains, one should, of course, ultimately the best candidate should win – the “thickness of the blood” should not be decisive. The question of whether and which candidate in a family is best suited to lead the company or to accompany it as an active partner is one of the hardest to make. Many families have broken apart over such a decision. Apparent non-suitability or obvious outstanding aptitude are still relatively easy to judge – even for fathers. But it becomes extremely difficult when it is necessary to distinguish between “still suitable” and “just not suitable”. Even successors can indeed grow into larger functions and develop, but “entrepreneur genes” are unfortunately rarely inherited. An external moderator, be it the chairman of the advisory board or an independent consultant, can play an important role in such decisions, providing some objectivity, and attempting to moderate or resolve alleged family conflicts.

In addition to considerations of protection and provision, financial and legal aspects of succession should not be neglected. Depending on the current company valuation, a potential successor may have to expect significant transaction costs (taxes, costs for (legal) advice, etc.). In addition, it makes sense to develop a long-term family strategy at an early stage, which reconciles the interests of family and shareholder responsibility and forms a framework for successfully transferring the company to the next generation. Company values and objectives, but also requirements for a successor, should be written down in a family and corporate constitution.

In the end, the difficult process of generation succession remains one of the key challenges that entrepreneurs should consider as a high priority, personal task. The timely initiation of the process, the comprehensive involvement of all participants, open communication as well as the use of external support and advice can have a very positive influence on a successful generation succession.