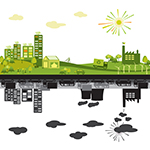 Building a culture of purpose as the business model of the future?

Traditionally, a business either operates “for-profit” or “not-for-profit”. The majority of businesses are, of course, “for-profit”, existing to generate revenue to benefit a sole proprietor, or a larger group of members or shareholders. By contrast, a “not-for-profit” organisation generally exists for the primary purpose of serving a “greater good” or social purpose other than profit. Non-profit organisations may certainly earn money and create profits; however, this money must always be put back into the organisation itself and used to benefit the mission for which it was formed. In other words, no money is distributed to owners or shareholders. Benefit Corporations, simply put, do not see a contradiction between “doing well” and “doing good”: they pursue the dual purpose of making money for their owners, and making the world a better place. They combine the “greater good” and social purpose of a non-profit organisation with the freedom to create and distribute profit among owners and shareholders.

Launched in the United States, Benefit Corporations fall into two main categories: legal “benefit corporations” which face legislative requirements to generate both shareholder and social benefit, and “Certified B Corporations” which are not legally bound but are certified by the not-for-profit organisation “B Lab”. Both types of entities are referred to among proponents as “B Corps”.

B Corps are for-profit companies that pledge to achieve social goals as well as business ones. Their social and environmental performance must be regularly certified by B Lab. B-Lab was set up in 2006 with three goals. The first goal was to create an externally valid mechanism for accrediting. That somebody could look at a company and with a relatively simple grasp could say: “that is a good business.” The second goal was to change legislation. In most countries in the world, including some states of the US, it is not even legal to have the governance of an organisation measured by purpose as well as profit. If you are a Director of a company and you make a decision that is not in the immediate financial interests of the shareholders, you could theoretically be sued. So changing legislation to allow purpose to be imbedded into the governance of organisations was critical. In the past six years, 27 states have passed laws allowing companies to incorporate themselves as “benefit corporations”. And the third objective was to create a kind of community, so that companies who are interested in more than just making money can learn from each other and do new things.

The commitments that these B Corps are making aren’t just rhetorical. Whereas a regular business can abandon altruistic policies when times get tough, a Benefit Corporation cannot. Shareholders can sue its directors for not carrying out the company’s social mission, just as they can sue directors of traditional companies for violating their fiduciary duty.

Why would any company tie its hands this way?

Becoming a B Corp raises the reputational cost of abandoning declared social goals. It’s what some economists might call a “commitment device” — a way of insuring that you will live up to your original promises. Being a B Corp also protects a company against pressure from investors. Since the 1970s, the dominant ideology in the corporate world has been that a company’s fundamental purpose is to boost investor returns: as Milton Friedman put it, increased profits are the “only social responsibility of business”.

Many, if not most CEOs, still feel huge pressure to maximize shareholder value. At a B Corp, though, shareholders are just one constituency. In today’s fiercely competitive business environment, one might assume that a company that thinks altruistically is doomed to failure. To a die-hard free-marketeer, a B Corp is just a way to waste shareholder money on “feel-good” projects. However, sustainability and good corporate citizenship are issues that are routinely covered by the media, and businesses are very aware of their reputation on these issues. Businesses are also increasingly aware that their reputation can hugely impact their ability to compete for talent and engage consumers, both as loyal customers and also as promoters for the brand. Having a social mission can hence offer distinct advantages. It’s an important way for a company to attract and retain top talents. Research data shows that talents – especially younger ones, belonging to the millennium generation – want to work for socially conscious companies, and will even accept lower compensation in exchange for a greater sense of purpose. Until now, such people often work for not-for-profits, but B Corps may soon become a more attractive option.

Why does a culture of purpose matter?

Just watch the world around you. We are in the middle of another industrial revolution – but this one is happening so much faster than the original, which took almost a hundred years. The unbelievable pace with which markets, industries and business models are changing is stunning and unprecedented. In parallel, the political landscape is changing rapidly – causing a great deal of uncertainty and even fear. Systems of transportation, energy and communication are in the middle of this third revolution. Little will remain as we knew it in the 70 years before. And more and more, it becomes a common belief – even in the US, China or India – that we will have to treat our planet with more care. At the UN conference on climate change in Paris last November, 196 countries agreed to set a goal of limiting global warming to less than two degrees Celsius compared to pre-industrial levels. The agreement calls for “zero net anthropogenic greenhouse gas emissions” to be reached during the second half of the 21st century. Yet this will not be nearly enough in the long run; it doesn’t suffice that only country leaders sign protocols and treaties. A huge challenge also lies ahead for company leaders around the globe to contribute to “saving the world”: they will need to build a culture of purpose.

The need to build a purposeful corporate culture, however, is not exclusively based on concerns for the environment and our world. Research clearly indicates that purpose oriented employees are 50% more likely to become leaders in their organisations, consider that their work makes an impact, and believe that they grow both personally and professionally. 79% of purpose-oriented workers plan to stay with their current employers longer than two years compared to 69% of their peers. They are almost twice as likely to recommend their employers. US research revealed that less than 1/3 of the U.S. workforce is purpose-oriented. It also revealed that women are significantly more likely to be purpose-oriented than men.

Non-purpose oriented employees by contrast tend to leave their job sooner, to gain less meaning from their work and to lack deep relationships at work. Purpose orientation of employees results in “higher net promoters of brand”, “higher levels of meaning”, “higher leadership potential” and “higher retention”. By building a culture of purpose, organisations will likely get into a much stronger position to attract the best and smartest talents around the world!

back Download PDF
Benefitting society as well as shareholders