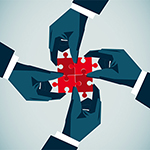 Benefits of active and responsible ownership

The entrepreneur owner of a medium-sized business sat opposite us and was somewhat perplexed. He had recently spent almost three hours, again, with a candidate for the management of his business. It had been a very nice, pleasant conversation – and the candidate had left a solid and dynamic impression throughout. The entrepreneur finally ended the interview and thought to himself: “Basically, I’m just as smart now as I was before. Is this really the man I want to entrust with the second most important function in my company? How exactly am I supposed to determine whether he really can do that or whether he is just a well-trained candidate?” The candidate was nice and sociable – but of course he knows for himself that this alone is not enough. But what are the objective criteria by which he should judge an outstanding executive? What central questions would he still have to ask in the next interview in order to arrive at a more in-depth assessment? And how can he actually tell whether the candidate also has the potential one day to become his own successor as head of the entire company?

We encounter these questions more frequently. In honest moments they are also asked openly – and sometimes you notice rather intuitively that even experienced company managers are pondering this question. This is especially true of entrepreneurs who frequently make internal personnel decisions, but relatively seldom recruit executives from the market.

Many decision-makers go into such conversations having acquired many years of experience, a good portion of common sense and a pronounced gut feeling. This is good and right, after all, one has to find out whether, for example, a successor candidate fits into the special cultural network of one’s own company. However, purely intuitive evaluations are frequently strongly distorted, and the evaluator risks falling into one of several traps. A few perceptual distortions as examples: the so-called ‘halo effect’: how the evaluation of a candidate is generalized on basis of a very positive impression in a specific situation afterwards. This effect also works exactly the opposite way when a critical first impression pulls the whole assessment down at a later time (the ‘horn effect’). Or there is the ‘hierarchy effect’: in the evaluator’s mind, in which candidates with higher hierarchical standing are automatically judged better – according to the concept of “Once a Board member, always a Board member”. Many evaluators can be overly influenced by the very first impression, which then colours the entire evaluation. The list of possible distortions of perception is longer still. Imagine an aspirant for a partner position in a conservative private bank, who enters the room with white tennis socks under too short suit trousers. Will an assessor be able to get over this initial visual perception later in the conversation?

Judgments are therefore extremely prone to errors. Insofar also a first recommendation reads to take itself with very important evaluations from other humans sufficiently time. It happens frequently that decision-makers decide already after ten minutes that a high-level candidate unfortunately does not fit. Even more astonishing, however, is the alleged ability to decide after a half-hour discussion: Yes, that’s a fit! We, as consultants specialised in the assessment and evaluation of executives and entrepreneurial successors, cannot do that at any rate.

We recommend that our clients set the bar as high as possible for the desired “fit”. This does not imply searching for the famous needle in a haystack or a “unicorn”. But a decision-maker should be clear in his mind beforehand, both when evaluating the performance of his own management personnel and when recruiting externally, which criteria he would later like to apply. When we once asked a raw materials trader in Hamburg what the most important criteria for him for the external search for his successor was, he told us: “Of course, he has to be able to show a little bit of something – but above all he should not steal, if possible”. Above all, assessors need methods that reduce the susceptibility to errors previously shown. Competence-based interviews are one such method, and we are convinced that they are the best method to have been developed over the last 20 years.

Competences are reliably measurable for the trained assessor and represent a good indicator of present and future work performance. Some companies have developed very complex competency models with 30 or 50 individual competencies. However, it is already possible to very precisely assess senior managers with roughly 8-10 core competencies. These core competencies can be divided into entrepreneurial and social competencies.

There is hardly any selection process for an entrepreneur succession in which the demand on candidates, above all to be very “entrepreneurial”, is not explicitly formulated. But what exactly does that mean? When is someone entrepreneurial? And when are they more likely not? The most important entrepreneurial skills are certainly consistent result orientation, strategic thinking and change management, including the ability to take reasonable risks. Of course, professional competence and market knowledge are also required, but an entrepreneur certainly cannot do without high levels of the first three core competences. This describes the “hard side” of the coin; additional social skills must be examined, i.e. the “soft side”. Important social skills are in particular leadership skills, employee development and team orientation, but also, for example, the important quality of customer orientation. And imagine a manager who operates globally in many markets, but who unfortunately is not “cross-cultural” – and in Asia, for example, “like a German tank”, he flattens everything. Strategic foresight or the ability to change is quickly neutralized.

In the final selection, but above all in the weighting of individual competencies, it also depends on the specific company situation and position. In the assessment, the competencies are not rated on an absolute basis, but scaled on a relative basis. Each individual competence can be divided into different “activation levels”. If a competence is not particularly pronounced (i.e. the pronunciation is in the lower range), a manager is more reactive. Then terms such as “he understands”, “he tries”, or “he tries to avoid mistakes” appear more frequently in the assessment. Managers who show very high levels of a particular competence are “pro-active” in this area. Then they are not only “understood” and no longer “applied”, but “developed”. Not only “tries”, also no longer only “actually achieved”, but “surpassed”. Managers with such high competence characteristics can usually also inspire, lead and motivate others to peak performance. In a competence-based interview, behaviour in the past is examined in order to obtain an indicator for future behaviour. The “what” plays less of a decisive role than the “how”. So not only the “What did you do?” is questioned, but also the “How did you proceed?”, “How did you achieve the result?” or “What exactly did the result look like?”.

At the end of a competence-based assessment, there should also be a comprehensive reference process. No one can give as authentic information about a candidate’s team behaviour as former team members; or assess how direct leadership felt like former employees. Above all, however, former superiors or chairmen of advisory boards should have their say when it comes to the question of whether a candidate, for example a subsidiary, has really developed sustainably. But beware: the process of obtaining references also needs to be practised. According to surveys, 90% of all reference providers undertake to make a positive assessment before a reference interview.

So, can the medium-sized entrepreneur, who finds it so difficult to assess his potential successor, still be helped? We believe so. As in other life situations, a good mixture is important: A technically sound, competence-based interview process, backed up by comprehensive reference statements – and in the end also a dash of intuition and gut feeling.

How Board diversity drives company performance
Scroll to top