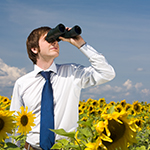 The implications for talent at ‘purpose driven’ companies

by Nick Harris and Felix B. Waldeier

Competency based assessment and development has been around for decades, and while best-in-class companies have continued to evolve the individual competencies over time, the underlying bedrock – results orientation, strategic orientation, team leadership – remained broadly constant for a long period.

During the more turbulent times since 2008, the ‘War for Talent’ did not cease but rather has become more nuanced, context-specific and difficult. Finding leaders with a strong (historic) track record of driving results is no longer enough; companies needed to extrapolate into the future of executives and identify those with the potential, and the character, to perform in environments which are not just more pressurised and competitive but also continually changing. In a “VUCA” world (volatile, uncertain, complex, ambiguous), companies need more than just solid ‘corporate soldiers’. They need leaders who demonstrate resilience, adaptability, intellectual curiosity, creative thinking – not least in order to be able to attract new talent among a target group that is becoming ever more demanding and “picky”.

And as if that were not enough, a new dimension is increasingly coming to the fore – both for employers and executives: doing well is no longer enough, they also want to do good.

Employees and consumers worldwide are increasingly saying that they do not want to be associated with companies that, put simply, “don’t care about the world”. Millennials, in particular, ‘vote with their feet’ and do not want to work for companies that appear unconcerned by the environment and society in which they operate, companies where they cannot see the purpose.

Big businesses have in-built advantages in terms of scale, resources, competences and expertise. Organisations that can take that existing structural power and then add the purpose-driven dimension, will win in two ways: firstly, becoming more attractive to consumers as a provider of goods or services, and secondly, becoming a magnet for employees who want to work in an environment which is not just successful but inspiring. Danone, for instance – which already had a history of “doing good through the provision of healthy food”, and which is now one of the first Europe-based multinationals seeking to transform its organisation towards a ‘Benefit Corporation’ – has already seen this have a positive impact on its talent attraction.

While for younger generations especially this concept of ‘doing good’ as a consumer or worker is not new, the practical realities are more complicated. Employees and executives have complex, sometimes competing, internal dynamics around their desire for advancement, money, power and success. Particularly executives who are early on in their careers, or who have young families to provide for, often have an internal tension between ‘making a difference’ and ‘climbing the ladder’, irrespective of where that leader is leading to.

For those who aspire to reach the C-suite, (multi-region) international experience is now a must. Western business leaders who have spent time living and working in developing markets such as China often find that this experience changes their perspective, sometimes in a fundamental way. The standard, predictable solutions which they are used to finding in developed markets often don’t apply there. The speed and unpredictability of emerging markets is greater, and reliable data is in shorter supply. Curiosity is a manager’s best friend and the ability to learn on the go is vital. Aspiring executives who imagine that a business career is a smooth progression, or comes clearly marked with warning signs, are not going to enjoy managing an international business in today’s environment. A different set of skills is required for navigating a journey where uncertainty and change are constant companions.

Inspiring an organisation to change itself fundamentally, whether to survive a new competitive challenge or to become a force for good in society, cannot just be commanded from the top. It requires both the right conductor, to instigate and engage the organisation from above, as well as an energised and enthusiastic groundswell of support. More junior employees also need to feel that their voices are heard and that they can operate within an organisation’s matrix to make things happen. And companies must ensure that the interplay between their internal organisation and the world externally is more open and fluid, that they are simply more connected to the outside world.

What then does it take, in terms of competencies, for a person to be a successful change agent? Successful, global companies increasingly look for people who display two competencies similar to those needed by managers in China: first, “enormous curiosity” and the ability to think broadly; second, the ability to handle ambiguity and navigate a way through the complex systems and dynamics that exist within a large company. The third competency, and arguably the most important, is they need to be able to get things done while at the same time “codifying” what they are doing so that they can turn a project into a lesson – make it happen, distil what success looks like and how it was achieved, and use the learnings to teach others. This parallel processing is a critical skill. The final key competency is influencing. Persuading people and acting as an ‘ambassador’ of change requires a combination of behaviours – empathy, credibility and logic. “You can’t just turn up in a country and say: I am here from the head office and I am here to help!”

Turning up the heat on competencies

How companies grade and evaluate their people, the traditional career structure will all change significantly over time. While not looking to completely reengineer their existing career structures immediately, some of the most dynamic global corporations are already looking to “turn up the heat” on critical competencies such as learning agility. Expectations around behaviours are also being raised; career derailers are being highlighted more openly and red flagged earlier, for example ‘territorial behaviour’.

The most highly rated, and in-demand, managers will be those who do not just score well on driving results but who also have the ability and willingness to open connections externally, and to provide meaningful value for their employees, customers and community.

Equally, the most successful, and sought-after, employers will be those who do not oblige their workers to make a trade-off between doing good for others and doing well for themselves. Companies can give themselves a sustained competitive advantage through the attraction and retention of top talents with whom there is a shared harmony of (profitable) purpose.