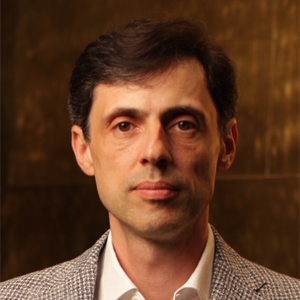 How the war in Ukraine has impacted family businesses

Vladislav Burda is the Founder and CEO RedHead Family Corporation, Ukraine’s largest retailer, wholesaler and distributor of children’s goods with over 40 stores and a large commercial real estate portfolio.

Vladislav is passionate about building governance in Family Businesses through effective Boards. He is Chairman on a number of boards such as The Family Business Network Ukraine, Invogue Fashion Group and Savva Libkin’s Restaurants. He is also a Board Member of the Ukrainian Corporate Governance Academy.

Vladislav, are the people you know and your family safe and healthy?

All my relatives are alive. Unfortunately, one of my former employees who was in the military died in Mariupol. Nobody from the Family Business Network died but Ukraine already lost at least 25,000-30,000 people and 95% of the businesses have been damaged or destroyed, only five percent are still in a good shape.

How many family businesses owners are there in Ukraine today?

My estimation is that not more than fifty percent of Family Businesses owners are still in Ukraine today. Before the war there were almost 40 million people in Ukraine, since the beginning of the war, six million have left Ukraine and eleven million have been displaced. Most of the people who have left Ukraine are women and children. It is forbidden for men between 18 and 60 to leave the country unless they have three children under the age of 18. Women can go back to the country and some of them do it to visit their husbands but they are not taking their children as it is dangerous and therefore their lives are developing abroad.

Please tell us about the Family Business Network in Ukraine

The Family Business Network is the world’s leading organization of business families, helping enterprising families grow and succeed across generations. FBN is a federation of member associations spanning 65 countries. FBN brings together 4,000 business families: 16,000 individual members of which 6,400 are Next Generation.

The Ukrainian chapter was launched in 2009 and the membership is capped to 50 families which represent approximately 180 individual members.

The chapter is very active and with the war it now has a special role to explain to the world what is happening in Ukraine, send help to the right places and most importantly to ensure we stay united as families. We also help Ukrainian families to establish their businesses abroad.

How many Ukrainian family businesses are international and can go abroad?

However, the situation is not straightforward. For example: the owners of the biggest private port in Ukraine were very successful and had some assets outside the country. However, their business completely stopped in Ukraine and it is a huge damage for their family business. It is important to understand where the assets and the activities are located. Depending on where the assets are, it can be impossible to do anything, for example if you have assets in Mariupol or Donetsk, there is nothing you can do.

What is your view on the situation? How did Ukraine develop over the last years?

The real beginning of the war was in 2014 when then President Yanukovych fled to Russia, and we were a country without a president and without any power. Crimea was stolen and Ukraine had no power to defend Crimea at the time. Then Poroshenko became the new president, we had a new government and a new parliament. We engaged in war in 2014 but unfortunately, we lost because we had no support from the West, and we could not cope with Russia by ourselves.

Eight years later, Ukraine made a huge jump and became completely different from Russia. We increased our power, we improved our army, we became more democratic, and we digitalized many processes. For example: Ukraine is the first country where you can travel with your phone without having to carry any identity documents – everything is stored in your device.

Ukraine in January 2022 had two main advantages: the first one being the high level of digitalization; the second one was the level of service we had in all kinds of institutions including banking. Ukrainians are trying to make use of these advantages now, when implementing their businesses abroad.

Ukraine took a different path from Russia in the last eight years. Kyiv is among the oldest cities in Europe and was founded in 482 while Moscow was founded in 1147.  For Russia it was unacceptable that Ukraine would decide its own fate, but this time Ukraine has the support from the West. How long the war will last mainly depends on how long Vladimir Putin will live and/or how long Russia will survive the sanctions.

What about ties, friendships and mixed marriages between both populations?

I think this is a great myth; saying that we are brothers is mostly a great tool of Russian propaganda. We are certainly not brothers anymore, we have become completely different people. We have moved in totally different directions: democracy versus fascism. People had eight years to think about it and decide whether to stay in Russia or to leave.

We all know that fascism can be developed in any society; it happened in Italy, in Spain and in Germany. The main obligation of a president should be to prevent fascism from developing, not to grow it – but that’s what Vladimir Putin did.

In the book Kremlin Winter: Russia and the second coming of Vladimir Putin, the British historian Robert Service explains how Vladimir Putin moved in that direction. In 2000 he was still democratic, but he always talked about the great loss of the Soviet Union.

Power can corrupt people over time – which is why presidents should not stay in their position for too long. Oligarchs were also a huge problem for Ukraine, but their influence eventually decreased because independent businesses were growing very fast. The new oligarchs 2.0 made their fortune mostly from scratch. They did not steal from the people, and they have replaced the old oligarchs.

What scenario(s) do you see for the future?

The war today can stop any day, nobody can forecast how long it will last. In 2014, the war stopped occasionally when Malaysia Airlines Flight MH17 from Netherlands to Australia was accidentally shot down by Russia on July 17th while flying over eastern Ukraine and all 283 passengers and 15 crew members were killed. Russia’s initial plan apparently was to hit another airplane with Russian civilians flying from Egypt to St Petersburg which would’ve been the opportunity to start an even bigger war.

Today, the black swan could fly anytime and change history. If there is no black swan, the war could last for a long time; there is no sign of a potential agreement between Volodymyr Zelensky and Vladimir Putin. Russia wants to annihilate Ukraine – and Ukraine wants to survive and remain independent.

For Ukrainian family businesses this means that they should completely change their strategy since nobody will invest in a country at war. The ultimate horror scenario is that Russians could use nuclear weapons. The risk of an atomic war is real.

Nobody knows what will happen; today it is extremely difficult for Ukrainians and their families: they are living in constant fear a bit like the Israelis, but Israel is protected by an iron dome shield. Ukraine cannot create a similar protection from rockets in the middle of a war with fierce attacks coming from everywhere.

So much talent and high potentials have left the country, do you expect them to return and rebuild?

There is also a risk that people who have jobs that are better paid outside of the country and who live in better conditions will get used to it after the war is finished.

However, Ukraine is a great place to do business, there will be lots of opportunities, it is easier to develop and grow businesses there than it is in western countries. If businessmen return, then the rest of the people will hopefully return too. The Ukrainians who survived abroad will naturally be proud to give back to their homeland. Most Ukrainians are also very proud of their president, a man who – by the outside world – was just considered to be a comedian – and who proved every critic wrong. He is an historical example of a personality who was trained and toughened by the war to become one of the best presidents in the world.

What is the impact of the war on you personally?

The first month we were completely devastated because we lost our business, our income, our safety, and our freedom. Then we started a completely new life. So far, we have been lucky that all our assets are in a territory that is not controlled by Russians; for many others, it has become a total disaster – a complete loss.

The business is now in survival mode, we are taking care of employees and the people strategy is more important than the company strategy and if people want to leave they will be able to do so without any impediments.

I believe that finally we will receive enough weapons from the west to make our dream possible and all Ukrainians will be able to return to a free country.

Vladislav, thank you very much for sharing those insights!

Susanne Lang to advise family enterprises in the Asia-Pacific region on commercial...
Scroll to top