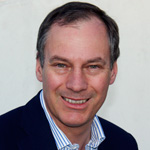 The role of supervisory bodies in succession planning for CEOs

Each year, roughly 10-15% of CEOs are replaced, which corresponds to an average retention period of no more than seven to eight years. Although this is not only an exceptionally important, but also an inevitable task, most companies are not prepared for it. In the United States, shareholders can force the Board of Directors to create a succession plan by litigation; yet a survey in the US revealed that in 50% of companies the Board of Directors was not prepared to appoint a successor in case of need. In 40% of companies it was stated that there was not a single suitable internal successor. This does not appear to be too much of a concern, as time spent on succession issues averages just two hours a year. One of the most important tasks of the supervisory body (be it the Supervisory Board or the Advisory Board) is to ensure that the company is managed in the best possible way, i.e. that the person at the top meets the current – and in particular the future – requirements for the management of the company to the fullest extent possible.

This means that the supervisory body must not only coach and supervise the man or woman at the top of the company and know when it is time for a change at the top. But also, that the supervisory body must in particular ensure and take precautions that any change at the top, whether regular or unforeseen, will lead to the optimal appointment for the future of the company. This responsibility for the sustainability of the company is perhaps the most important task of the supervisory body. In particular, the Chairman of the Supervisory Board has a special role and responsibility here. Unfortunately, the reality is all too often different, because especially when dealing with succession situations, serious mistakes can be observed time and again – sometimes with fatal consequences for the company.

Of course, we also know positive examples from our practice. For example, more than a year before the CEO’s earliest possible departure, the Chairman of the Board of Directors of a larger, listed company asked us for a proposal to accompany his successor. However, we are also aware of many cases in which CEO successions were simply not prepared and planned for, particularly in the SME sector. Quite often, even the most significant medium-sized companies have no supervisory body at all and thus no one to help the long-serving chairman realise that a real “entrepreneurial achievement” is only complete once the handover has been successfully completed.

In order to do justice to this issue, it should be borne in mind that this is not a one-off event, but a continuous process that has a strategic component on the one hand and is an important cornerstone of the risk management function incumbent on the supervisory body on the other. It is generally assumed that, all else being equal, and especially in larger organisations, an internal succession is superior to external solutions, partly because an internal successor knows the company (and its market, competitors, etc.) better and can be systematically prepared for the CEO role. And indeed, at least in larger companies, succession is often solved internally.

The hoped-for advantages of an orderly handover can only be realised in a reasonably reliable manner if continuous work is carried out over many years to ensure that as many suitable candidates as possible are groomed and available. A really suitable candidate for the top position does not grow by him- or herself, especially since the new task will often require completely different skills and personality traits than the qualities that the internal top performers have relied on so far.

However, due to their size and the available organizational and financial resources, many small and medium-sized companies are unable to keep succession candidates in the company. This applies not only to CEO candidates, but frequently to all management functions.

A supervisory body can only fulfil its task if it actively manages the issue of succession and devotes a substantial part of its time and attention to the future, ideally the greater part of it, instead of remaining preoccupied with the status quo and familiar faces. Nor can the supervisory body leave this task to the current job holder. If the long-time CEO attracts a “crown prince” according to his own taste, and possibly changes to the top of the supervisory body even after handing over the staff (which is still frequently observed today), then it should come as no surprise that at some point the company is no longer able to cope with changing conditions. In addition, there is the danger that the former chairman will then morph into a “back-seat driver” and steer the fate of the company from the supervisory board. In these cases, our experience is that when a strong successor to the CEO senses such a constellation, he usually doesn’t even come aboard. The other danger is that a not-so-strong predecessor (occasionally to be seen in family businesses) will immediately look for someone ‘tame’ – or someone even weaker than himself.

A few practical recommendations for owners and supervisors:

If these recommendations are heeded it is quite possible that crises can become opportunities, because one thing is clear: the only constant in life – also in the life of companies – is change.

The Challenge of Generational Succession
Scroll to top